Space Choreography is a certain relationship to writing, speaking and text. In contrast to theatre, the text is not the starting point of the work, but part of it; nevertheless, it claims an independent literary status. Speech or voice is material and movement, not play and role. In terms of content and form, the writing developed so far for Spatial Choreographies is a lyrical writing.

One of the reasons why we began to be interested in choreography was the search for a different way of artistic writing and dealing with language and text. That is, a way of writing that is primarily and from the beginning spatial and specific to the work in question; the writing thus continues throughout the development of the piece, the final text does not exist before the piece: it is in relation to all other elements and changes with them.

We think of speech and voice as ways of moving: as the interplay of breathing, muscles and cavities in a body and as pulsations between bodies.

The texts written so far for Space Choreographies are lyrical texts, because they are essentially determined by sound and rhythm. In terms of content they open up a world-space of organic and inorganic, animal, human and cosmic bodies in permanent transformation.

Beyond drama and post-drama, a Space Choreographic language practice enables writing for and speaking on stage, which does not work on questions of play, role and figure, but starts somewhere else: in and between body(ies), in space, in the relations and not in the subjects. 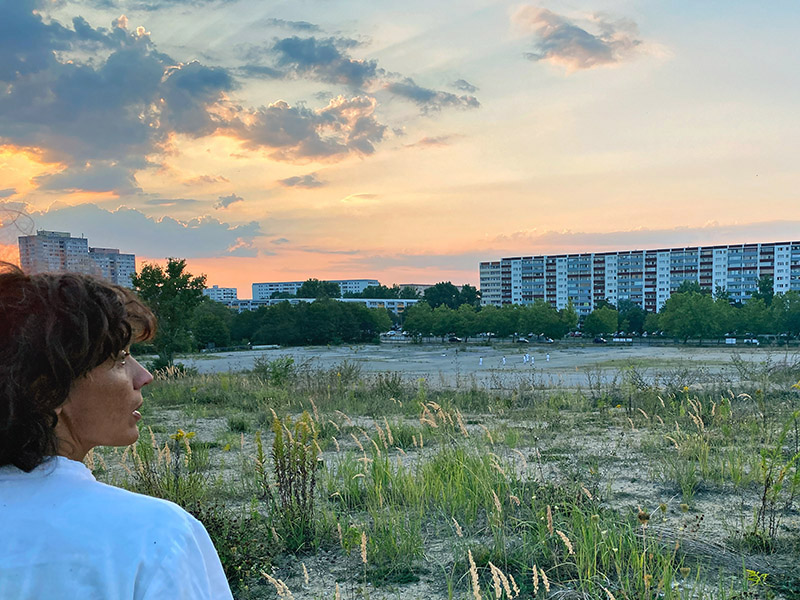